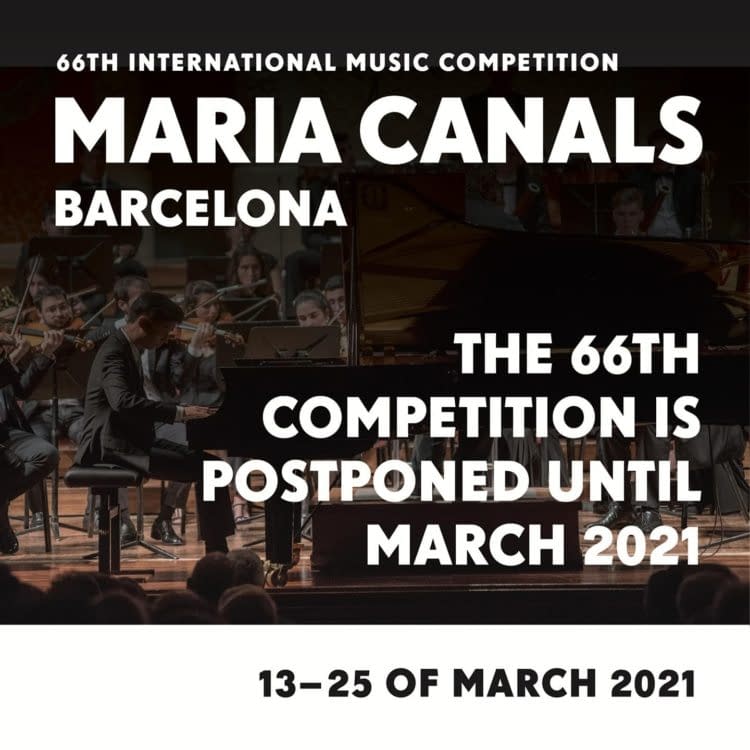 The Maria Canals International Music Competition, founded in 1954, is the dean of music competitions in Spain and one of the first 10 in the world to be accepted by the World Federation of International Music Competitions, in 1958. Throughout its history, the Association has organised over 120 competitions including the piano, singing, violin, cello, guitar, flute, percussion and chamber music branches, with more than 8,000 contestants from more than a hundred different countries spread over the five continents, and the generous support of more than 200 musical personalities from around the world, who have been members of the jury.

The competition is held annually, in March, and is aimed at the young performers from around the world, aged between 18 and 30.

It is divided into four rounds that are held at the Palau de la Música Catalana, in Barcelona. The orchestra, in the final, will join the three contestants with a higher score.

€80,000 worth in prizes and more than 30 paid recitals and concerts with orchestra around the world are offered.